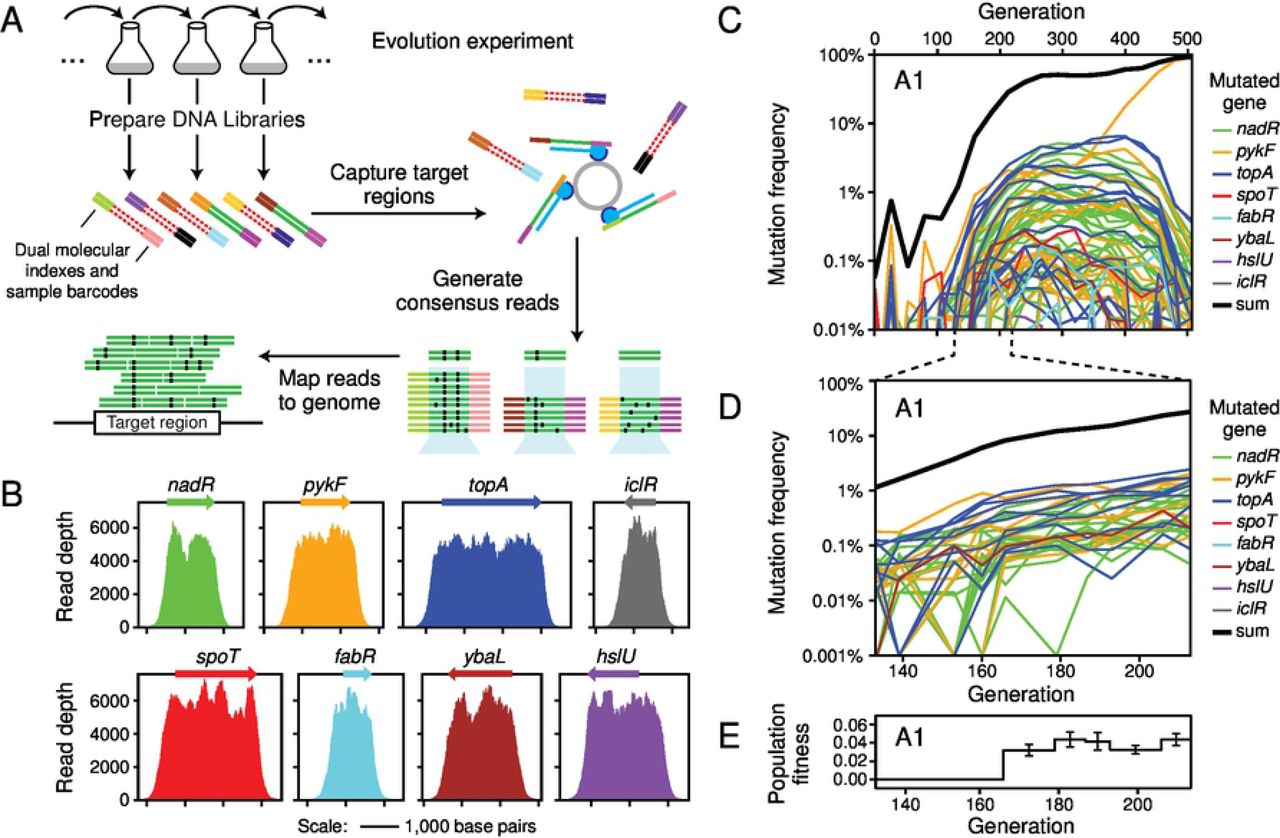 Figure Lengend Snippet: Profiling many beneficial mutations in the first selective sweep by deep sequencing. (A) Schematic of the deep sequencing approach. Genomic DNA is directly isolated from the E. coli populations and prepared for Illumina sequencing with unique molecular indexes (colored ends attached to red/green double stranded DNA). DNA fragments matching the targeted genome regions (green centers) are captured by probes (blue) bound to magnetic beads and other sequences are washed away (red centers). Reads with the same unique molecular index, which were amplified from the same original genomic DNA fragment, are used to construct a consensus read to eliminate sequencing errors. Consensus reads are mapped to the reference genome to call sequence variants. (B) Enrichment of reads mapping to eight genes known to be early targets of selection in this environment from the long-term evolution experiment. The final coverage depth of consensus reads in and around these genes is shown for a typical sample (population A7 at 500 generations). (C) Frequency trajectories for mutations in the eight targeted genes as well as the sum total frequency in population A1 over the complete time course of the evolution experiment. When a mutation was not detected at a time point, its trajectory is shown as passing through a frequency of 0.0001% (outside of the graphed region). (D) Mutation frequency trajectories for population A1 during the window from 133 to 213 generations when mutations were first reaching detectable frequencies as they outcompeted the ancestral genotype. At time points when a mutation was not detected, its frequency is shown as 0.001% (at the bottom of the plot). (E) Estimate of average population fitness between the time points in the window when mutations were first detected. The frequency trajectories of the beneficial mutations in the initial sweep shown in D were used to jointly estimate population fitness and the individual selection coefficients of each mutation. Error bars are 95% confidence intervals on fitness estimations. 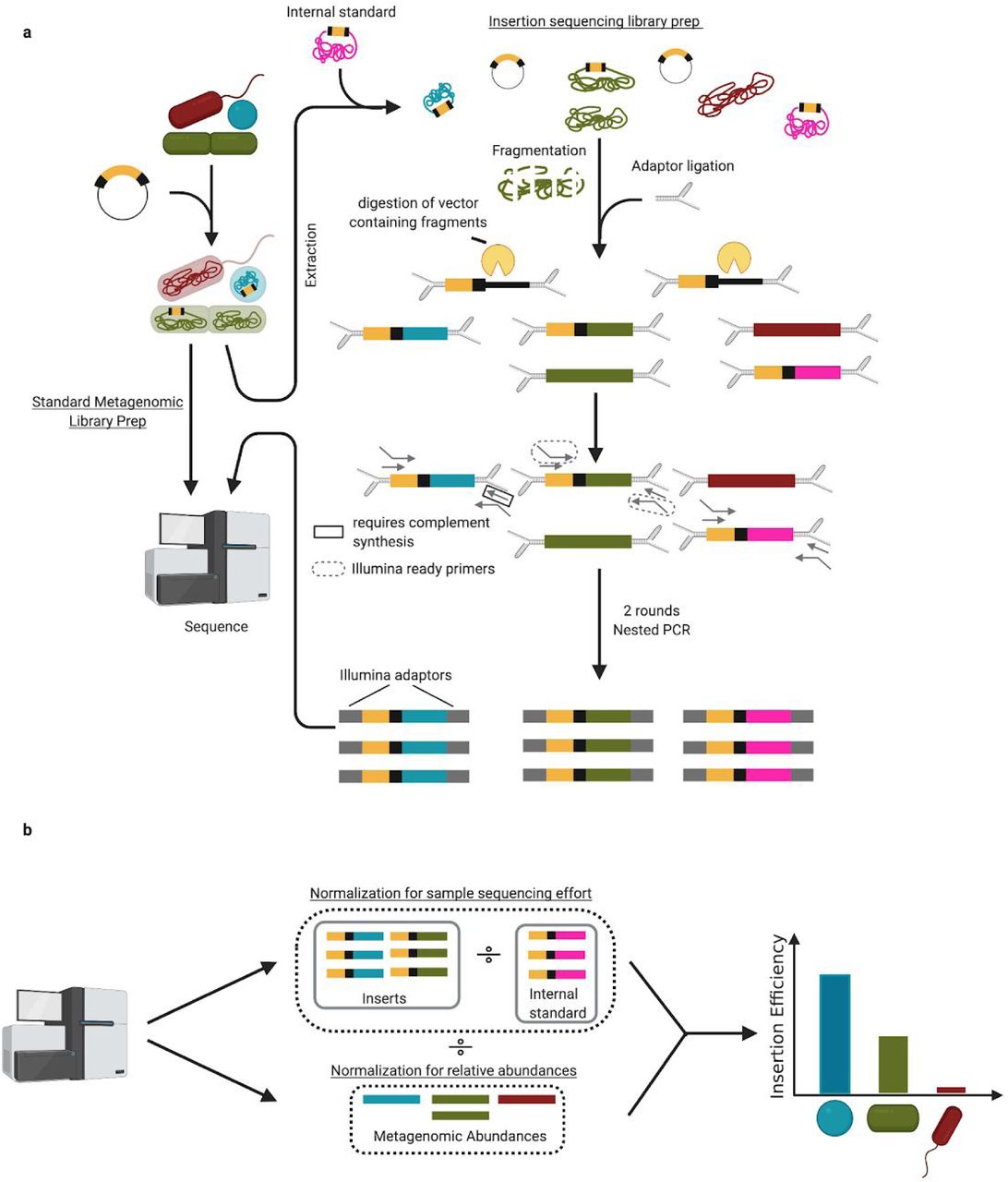 Figure Lengend Snippet: Library preparation and data normalization for ET-Seq. a , ET-Seq requires low-coverage metagenomic sequencing and customized insertion sequencing. Insertion sequencing relies on custom splinkerette adaptors, which minimize non-specific amplification, a digestion step for degradation of delivery vector containing fragments, and nested PCR to enrich for fragments containing insertions with high specificity. The second round of nested PCR adds unique dual index adaptors for Illumina sequencing. b , This insertion sequencing data is first normalized by the reads to internal standard DNA which is added equally to all samples and serves to correct for variation in reads produced per sample. Secondly, it is normalized by the relative metagenomic abundances of the community members.