Figure Lengend Snippet: EVs contain plasmodial RNAs. ( a ) Quantification of P. falciparum RNAs transferred to EVs. Infected RBCs were labeled with Click-It RNA Alexa Fluor 488. After 30 h. of incubation, EVs were collected and EU incorporation was analyzed by Flow Cytometry. ( b ) Distribution of the reads mapped to the P. falciparum genome according to the corresponding chromosomes. ( c ) Distribution of the reads mapped to the P. falciparum according to the size of the chromosome. ( d ) Types of Plasmodium genes in the EVs by RNA-Seq. ( e ) Extracellular vesicles contain a large number of Apicoplast tRNA and Mitochondrial rRNA. ( f ) RNA expression is different in EVs than mixed stage parasite expression pattern. ( g ) EV RNA composition is different that of iRBC. The expression levels shown by RNAseq of EV has no detectable correlation with that of steady state iRBC, showing that EV is not merely a smaller form of iRBC. Neither parametric (Pearson’s R) nor parametric correlations (Kendell’s tau) analysis detected correlation between EV and iRBC at any time points with correlation larger than 0.001. The X-axis shows the average steady state RNA expression levels.

Article Snippet: EU incorporated EV RNA was detected using Click chemistry according to the manufacturer’s (, C10329) and nuclei were counterstained using Hoechst 33342 and analyzed with a MACSQuant VYB flow cytometer. Article Title: Endoreplication and its consequences in the suspensor of Pisum sativum

Figure Lengend Snippet: Detection of transcription in the nuclei of P. sativum var. Paloma suspensor. a, c, e DNA stained with DAPI in the polyploid nuclei ( a ), in the polyploid nucleus during the amitotic division ( c ), in the nuclei during classical cell cycle ( e ); mc—metaphase chromosomes. b, d, f The same nuclei as previously after 5-ethynyl uridine – (EU) incorporation stained with Click-iT ® RNA Alexa Fluor ® 488. Scale bar a – d − 50 µm; e, f − 10 µm

Article Snippet: Labeling and detection of () was used for the visualization of RNA transcripts (Jao and Salic ). 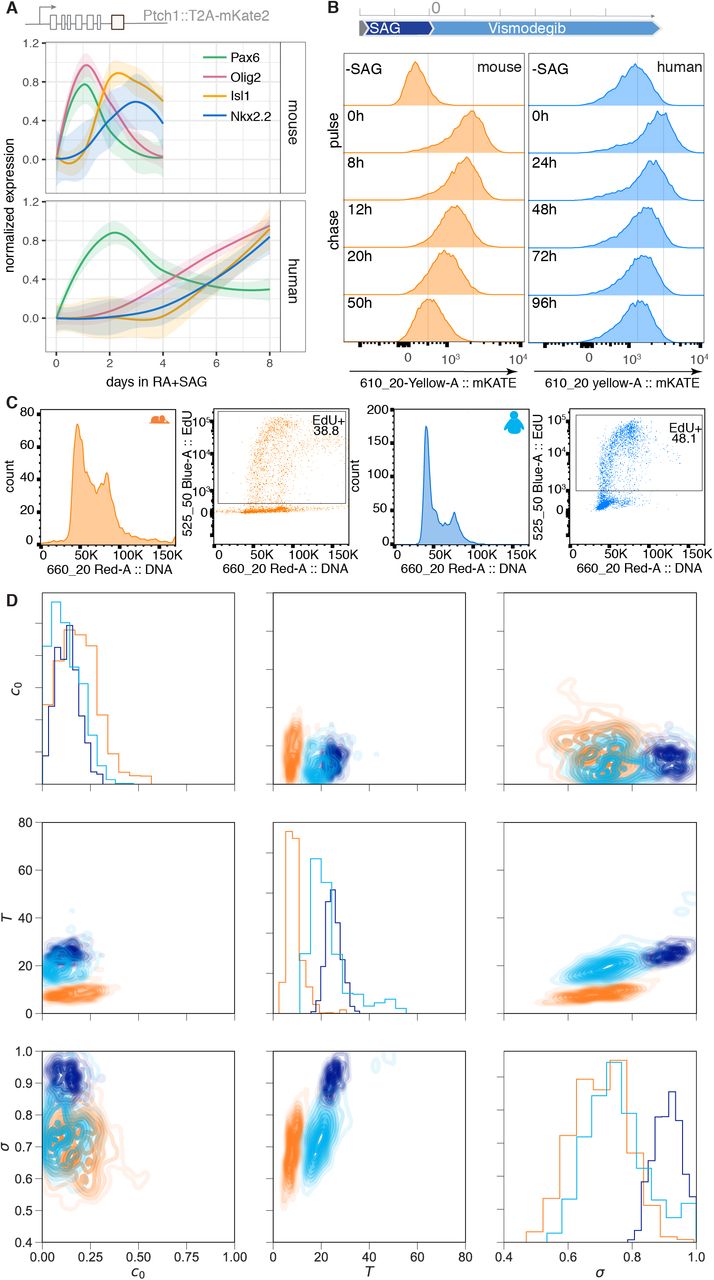 Article Title: Down-regulation of the Antisense Mitochondrial Non-coding RNAs (ncRNAs) Is a Unique Vulnerability of Cancer Cells and a Potential Target for Cancer Therapy *

Figure Lengend Snippet: ASK induces inhibition of proliferation in HeLa cells. a , differential expression of the SncmtRNA ( S; green ) and ASncmtRNAs ( AS; red ) in human keratinocytes and HeLa cells as observed by FISH. b , schematic representation of the AS-1 and -2, indicating the relative position of the ASOs utilized in this work. c , transfection of different tumor cell lines with fluorescently labeled ASO-1537S. The indicated cell lines were seeded at 5 × 10 4 cells/well into 12-well plates and transfected the next day with ASO-1537S coupled to Alexa Fluor 488 (see Table 1 ). At 24 h post-transfection > 90% of cells were fluorescently labeled ( left panel , fluorescence; right panel , phase contrast. Bars = 20 μm). d , proliferation of HeLa cells. Cells (5 × 10 4 cells/well) were seeded into 12-well plates and transfected the next day with ASO-C or ASO-1537S (see “Experimental Procedures”) or left untreated ( NT ). At the indicated times cells were harvested and counted. At 48 h post-transfection in triplicate, ASK with ASO-1537S induces significant inhibition of cell proliferation as compared with controls (data are presented as the mean ± S.E.; * p

Article Snippet: Cell proliferation rate was measured with the () according to manufacturer's directions. Article Title: Down-regulation of the Antisense Mitochondrial Non-coding RNAs (ncRNAs) Is a Unique Vulnerability of Cancer Cells and a Potential Target for Cancer Therapy *

Figure Lengend Snippet: ASK does not affect viability of normal cells. a , HFK, HREC, and HnEMs were seeded at 5 × 10 4 cells per well in 12-well plates. On the next day the cells were transfected with ASO-1537S conjugated to Alexa Fluor 488 under the conditions listed in Table 1 . At 24 h post-transfection at least 90% of the cells were fluorescently labeled (fluorescence, left panel ; phase contrast, right panel in each case) ( bars = 20 μm). b , HFK ( colored graph ), HUVEC, HREC, and HnEMs were seeded at 5 × 10 4 cells/well in 12-well plates and transfected the next day with ASO-C or ASO-1537S (see Table 1 ) or left untreated (NT ). Cells treated for 48 h were counted by Tb exclusion. A triplicate analysis showed that viability of these cells was unaffected by ASK. c , HFK transfected as in b for 48 h were harvested, counted, and subjected to RNA extraction followed by RT-PCR amplification. A representative gel shows that ASO-1537S induces a decrease in levels of AS-1 and AS-2. The 18 S rRNA was used as the loading control ( M , 100-bp ladder). d , same as in b , but harvested cells were fixed, stained with PI and analyzed by Flow cytometry. STP was used as a positive cell death control. A triplicate analysis revealed that only STP induced a significant sub-G 1 DNA fraction (60%) in HFKs (*, p

Article Snippet: Cell proliferation rate was measured with the () according to manufacturer's directions.