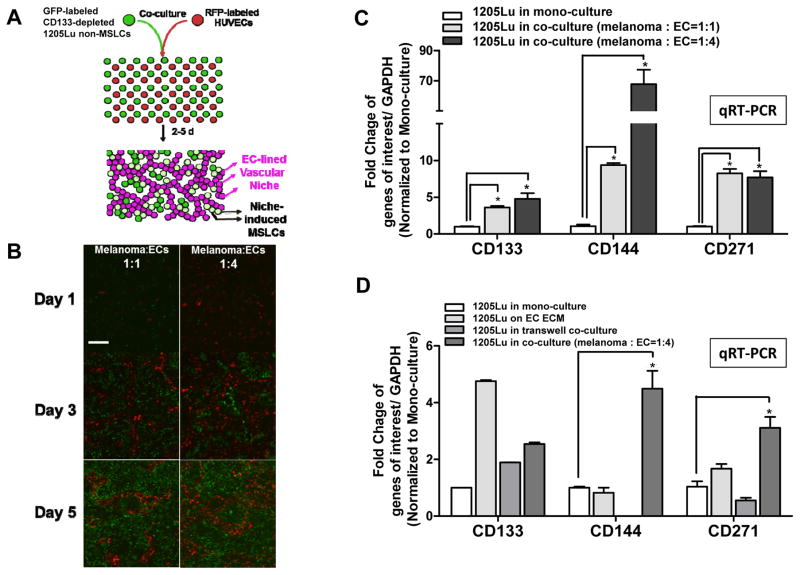 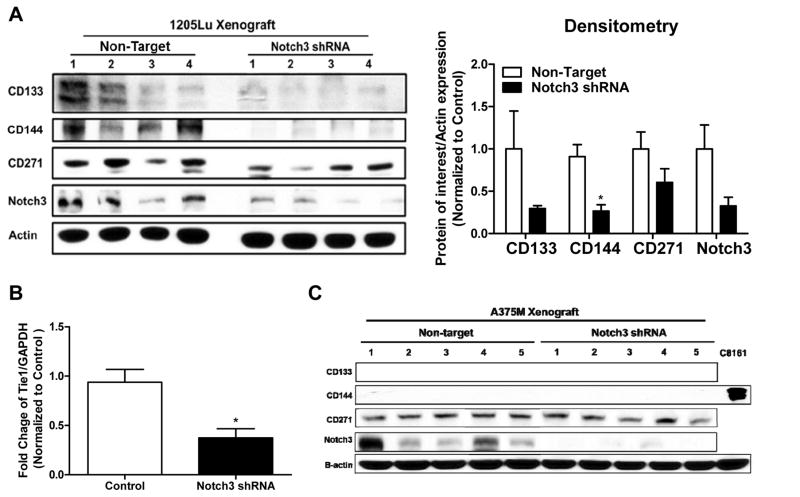 Figure Lengend Snippet: Effective and functional Notch3 KD depletes MSLCs and VM-engaging melanoma cells in 1205 Lu xenografts. A. Western blot analyses demonstrated that stem cell markers (e.g., CD133 and CD271) as well as VM maker, CD144, were down-regulated in Notch3 KD 1205 Lu tumors, compared to non-target control (A). Consistent with the observed VM inhibition by Notch3 KD above, the expression of Tie-1, a VM-associated gene, was also down-regulated in Nocth3 KD 1205Lu xenografts by qRT-PCR (B). Of note, the efficacy of Notch3 KD was maintained in the tumor xenografts as shown by Western blotting (A). On the other hand, in A375 melanoma cells where no change in tumorigenicity was appreciated following Notch3 KD, the expression of stem-like cell marker, CD271, was not affected (C). Attempts to further validate CD133 and CD144 in Notch3 KD A375 xenografts using Western blot analysis (C8161 lysate included as a positive control) were unsuccessful due to sensitivity issue ( ; note that CD133 and CD144 signals were undetectable both in the control and KD xenografts despite maximal loading and prolonged overnight exposure). *, P < 0.05.