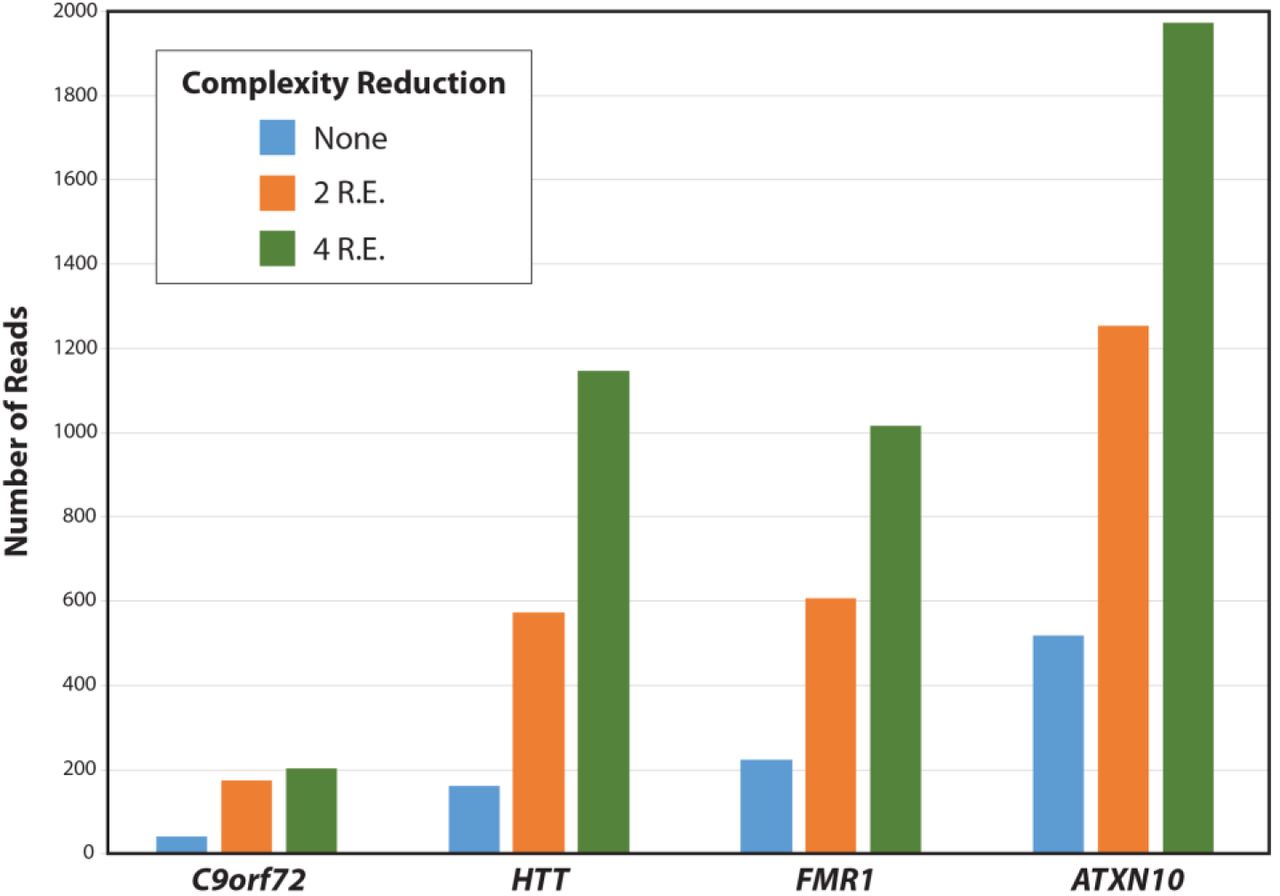 Figure Lengend Snippet: Negative effects on the QGA process resulting from the change of each condition away from optimum conditions. Lane 1: assembled products under optimum conditions. Lane 2: replacement of the restriction enzyme from Spe I-HF (NEB) to Spe I (NEB). Lane 3: changing of ligation condition from ‘at 16 °C for 30 min’ to ‘at 25 °C for 10 min’. Lane 4: removal of 0.1% Triton X-100 from the rinsing solution. Lane 5: removal of 0.6 M trehalose from the digestion premix. Lane 6: combination of all changes tested from lanes 2–5. Copy numbers of PtetR fragment are indicated at the right side of each band. Figure Lengend Snippet: Isolation of genetically corrected recessive dystrophic epidermolysis bullosa (RDEB) epidermal stem cells Single cells were isolated from a mass culture (passage V) of RDEB keratinocytes infected with SIN retroviruses bearing a COL7A1 cDNA. Clonal types were determined (Barrandon Green, 1987 ) and listed in Supplementary Table S1. Growing clones were expanded for further characterisation. COLVII detection in clones by immunostaining. COLVII expression (green) was detectable in some clones (6, 17, 22, 58 and 61) and not in others (3, 24 and 54); nuclei were stained with Hoechst 33342 (blue). Dotted lines delimit the periphery of keratinocyte colonies from the surrounding irradiated 3T3-J2 feeder cells. Scale bar: 50 μm. Quantitative RT–PCR analysis of COL7A1 expression in transduced clones compared to untransduced RDEB keratinocytes. All clones shown in (A) were transduced but expressed different levels of COL7A1 transcripts. Clones 6, 17, 22, 54, 58 and 61 expressed higher levels of COL7A1 than control RDEB cells and keratinocytes obtained from healthy donors (YF29 and OR-CA, control 1 and 2, respectively). The level of COL7A1 expression in the RDEB untransduced cells was referenced as 1. Determination of proviral rearrangements in transduced clones. A Southern blot was performed using genomic DNA of RDEB cells, clones and the infected mass culture from which the clones were isolated. Genomic DNA was digested with EcoRV and SpeI that cut at the 3′ and 5′ end of the provirus (Supplementary Fig S2) and hybridised with a 907-bp COL7A1 probe radiolabelled with 32 P isotope. The upper band corresponded to the endogenous signal. The retroviral producer line Flp293A-E1aColVII1 was used as a control for the digested 9.6-kb provirus (proviral signal). Smaller bands corresponded to rearranged proviruses marked with an asterisk. Identification of stem cells producing COLVII. Western blotting revealed that only clone 6 secreted COLVII in the culture supernatant, while clone 54 and surprisingly clone 22 did not (see A). RDEB cells were used as a negative control and healthy donor cells as a positive control. The secreted matrix metalloproteinase 2 (MMP2) was used as a loading control.

Article Snippet: Ten micrograms of DNA was codigested with () and loaded on a 0.8% agarose (Promega) gel.