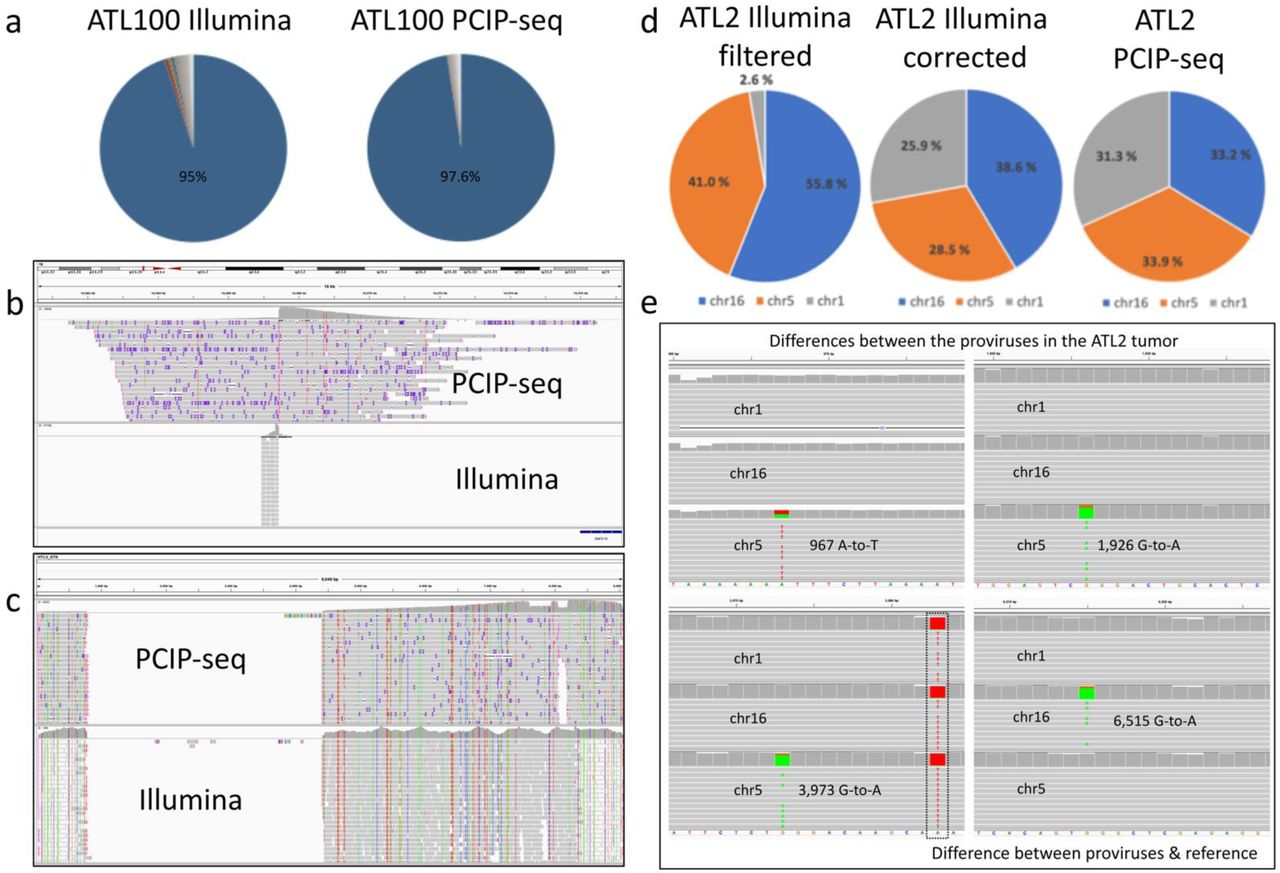 Figure Lengend Snippet: PCIP-seq applied to ATL (a) In ATL100 both Illumina and Nanopore based methods show a single predominant insertion site (b) Screen shot from IGV shows a ∼16kb window with the provirus insertion site in the tumor clone identified via PCIP-seq and ligation mediated PCR with Illumina sequencing (c) PCIP-seq reads in IGV show a ∼3,600bp deletion in the provirus, confirmed via long range PCR and Illumina sequencing. (d) The ATL2 tumor clone contains three proviruses (named according to chromosome inserted into), the provirus on chr1 inserted into a repetitive element (LTR) and short reads generated from host DNA flanking the insertion site map to multiple positions in the genome. Filtering out multi-mapping reads causes an underestimation of the abundance of this insertion site (13.6 %), this can be partially corrected by retaining multi-mapping reads at this position (25.4 %). However, that approach can cause the potentially spurious inflation of other integration sites (red slice 9%). The long PCIP-seq reads can span repetitive elements and produce even coverage for each provirus without correction. (e) Screen shot from IGV shows representative reads coming from the three proviruses at positions where four de novo mutations were observed.