Figure Legend Snippet: Exo I III versus Exo T5 digestion of plasmid DNA. (A) Diagrams showing expected digestion results of various plasmid DNA species. A break in the circle denotes the nick on the DNA strand. (B and C) Plasmid pCI-HBc (2.5 ng) was mixed with 20 μl of mock PF DNA extracted from uninduced HepAD38 cells. The DNA mix was first treated with Nb.BbvCI (5 units) to nick the plasmid DNA specifically on the minus strand (B and C, lanes 5 to 8) or was left untreated (B and C, lanes 1 to 4) before digestion with Exo I III (5 units and 25 units, respectively) in two different buffers or with Exo T5 (5 units). The DNA samples were then resolved on an agarose gel, and HBc DNA was detected by Southern blotting using a riboprobe specific for the viral plus-strand (B) or minus-strand (C) DNA. The diagrams on the right of panel C depict the various DNA species and their migration on the gel. B3, 1× NEB buffer 3; BCS, 1× NEB buffer Cutsmart; PE, phenol extraction. Figure Legend Snippet: Exo I III versus Exo T5 digestion of HBV core and PF DNA. (A) Diagrams showing expected results of digestion with various HBV PF DNA species. Left, structures of known and potential HBV PF DNA species; middle and right, expected digestion products of the various DNA species. The DNA species in the rectangular box, with a covalently closed minus strand and an open plus strand, represents a potential intermediate during RC DNA to CCC DNA conversion that was identified in the current study (see the text for details). The black dot at the 5′ end of the minus strand of the PF-RC and PF-DSL DNA denotes the unknown modification of this end upon removal of the RT protein (deproteination; see the text for details). (B and C) HBV core DNA (0.3 μl) combined with mock PF DNA (20 μl) extracted from uninduced HepAD38 cells (B) or PF DNA (20 μl) extracted from induced HepAD38 cells (C) was treated with Exo I III (5 units and 25 units, respectively) (lanes 3 and 10) or Exo T5 (5 units) (lanes 6 and 13) in 1× NEB CutSmart buffer. Subsequently, MfeI-HF (10 units) was used to linearize CCC DNA (lanes 5, 7, 12, and 14) and Exo T5 (5 units) was used to digest the SS circular DNA (lanes 4 and 11). Heat treatment (95°C, 10 min) was used to denature RC DNA to SS linear DNA (lanes 2 and 9). The DNA samples were then resolved on an agarose gel, and the various HBV DNA species were detected by Southern blotting using a riboprobe specific for the plus-strand (lanes 1 to 7) or minus-strand (lanes 8 to 14) DNA. The diagrams on the sides depict the various DNA species and their migration on the gel. The positions of the various RC DNA species, CCC DNA species, and SS linear and circular DNA species are indicated by the schematic diagrams. Note that the linearized CCC DNA comigrates with the DSL DNA, a minor form present in both core DNA and PF DNA (lanes 1 and 8). Figure Lengend Snippet: Library quality control and anticipated results. ( a ) Sonicated DNA separated by agarose gel electrophoresis (Step 25) shows an average fragment size of approximately 400 bp. ( b ) Bioanalyzer result (Step 84) for an emRiboSeq library shows a typical trace (left) and gel-like image (right) with a peak for fragments between ˜180 and ˜300 bp in size (black bar). Standards (green and purple bars) of defined size and amount allow quantification. FU, arbitrary fluorescence units. ( c ) Agarose gel electrophoresis of PCR products after 15, 16 and 17 cycles of amplification (Steps 81-83) of the same library shows product between 200 and 300 bp in size. ( d ) Sequencing results for libraries generated using Nb.BtsI are highly reproducibility between different strains (POL, wildtype polymerase; pol1-L868M, increased Pol-α ribonucleotide incorporation) after normalizing read counts to sequence tags per million (TPM). The majority of bona fide Nb.BtsI sites were present at maximal frequency, although some sites were present at lower frequencies. This is the result of partial loss during size selection because of their close proximity to other cleavage sites, a highly reproducible finding between independent libraries (Spearman's rho=0.82, p Figure Lengend Snippet: Schematic overview of droplet Tn-Seq. a A microfluidic device encapsulates single bacterial cells into droplets containing growth medium. Bacteria are allowed to grow within droplets, genomic DNA (gDNA) is isolated at the start of the experiment (t1) and after growth (t2). Importantly, while growth for each transposon mutant takes place in isolation, gDNA is isolated from the pooled population, enabling screening of all mutants simultaneously. b gDNA is then amplified with DNA polymerase phi29, digested with MmeI, an adapter is ligated, a ~180 bp fragment is produced which contains ~16 nucleotides of bacterial gDNA, defining the transposon-insertion location, followed by Illumina sequencing. Reads are demultiplexed based on the barcode in the adapter and a potential second barcode in primer 1, mapped to the genome, and fitness is calculated for each defined region.

Figure Lengend Snippet: Unbiased whole-genome amplification of low-quantity genomic DNA. a , b gDNA was prepared by two different methods for transposon sequencing. For the WGA sample, 10 ng of gDNA was amplified first with DNA polymerase phi29 before MmeI digestion and adapter ligation. For the standard sample, 1 μg of gDNA was digested with MmeI, followed by adapter ligation. There is a strong correlation between fitness values obtained from WGA preparation compared with standard Tn-Seq library preparation a , and WGA preparation is highly reproducible b . 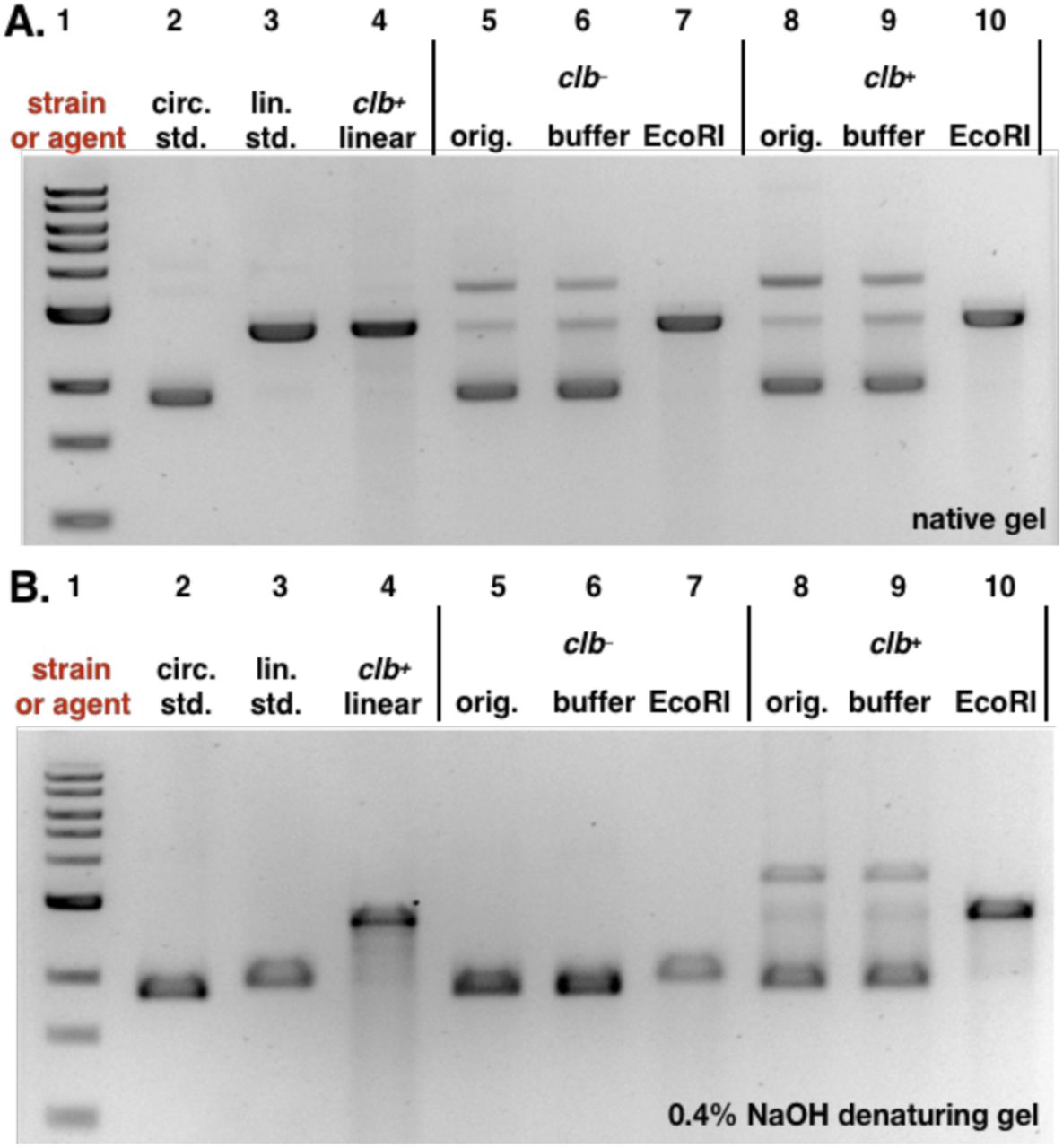