Article Snippet: Profiling PBMCs using 10x scATAC-seq For 10x scATAC-seq experiments with (PB003F, ), frozen cells were quickly thawed in a 37°C water bath for about 30s and transferred to a 15 mL tube. 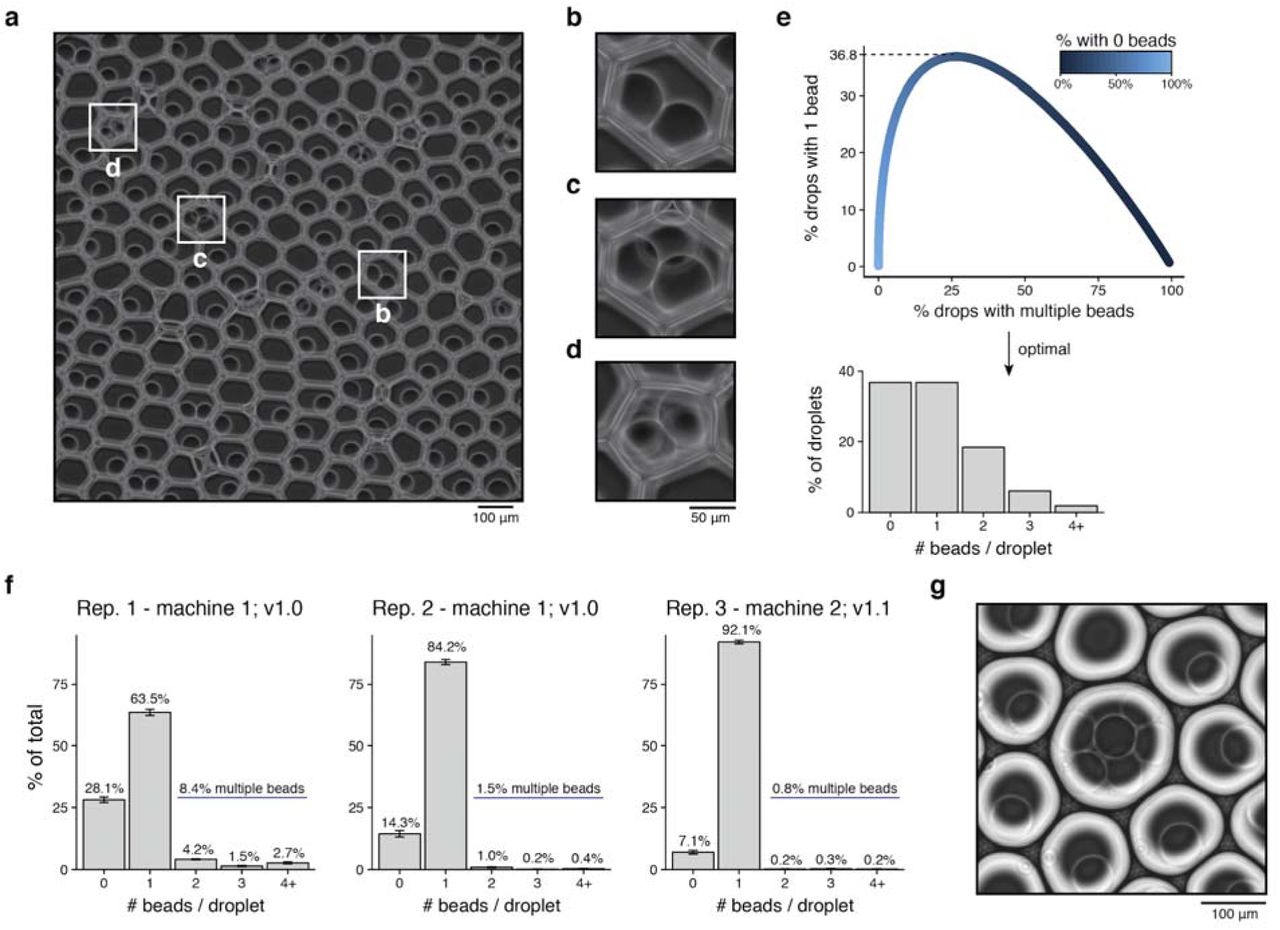 Figure Lengend Snippet: Supporting information for Figure 3 . (a) Quantification of barcodes affected by barcode multiplets for the PBMC dataset generated with this work (“This Study”). (b) Percentage of barcode multiplets identified for different numbers of input barcodes (see Methods ). (c) Visualization of seven additional barcode multiplets from the Public dataset. (d) Proportion of bead pairs occurring in the same chromatin accessibility-defined Louvain cluster compared to a permuted background. Error bars represent standard error of mean over 100 permutations per dataset. (e) Downsampling analysis of the dataset generated in this work (“This Study”). Barcode multiplets were examined at downsampled intervals from 10%-90% by units of 10%. The highlighted sample represents 40% downsampling and corresponds to a median 10,000 fragments detected per barcode. At all downsampled thresholds, we detected 0 pairs that were not present in the 100% sample. (f) Distribution of the restricted longest common subsequence (rLCS) for 1,000,000 randomly-sampled barcode pairs in the 10x barcode universe. A threshold at 6 is drawn for use in other analyses.

Article Snippet: Profiling PBMCs using 10x scATAC-seq For 10x scATAC-seq experiments with (PB003F, ), frozen cells were quickly thawed in a 37°C water bath for about 30s and transferred to a 15 mL tube. Figure Lengend Snippet: ADCC of Y-443 and Fc-mutated antibodies against MDA-MB-231 cells. MDA-MB-231 cells pre-labeled with Calcein AM were incubated with different concentrations of Y-443 or the Fc mutants, followed by addition of PBMC effector cells at a ratio of 1:50. The cell mixture was incubated for 4 hours at 37°C, and Calcein AM intensity in cells was detected by Acumen eX3 (TTP labtech). The results are the mean ± S.D. of dead cell ratio.

Article Snippet: (, Alameda, California, USA) were activated by human dynabeads Human T-Activator CD3/CD28 (Thermo Fisher Scientific) for 48 h to induce PD-1 expression and were then incubated with sintilimab, MDX-1106, or MK-3475 at a concentration of 150 ng/μl.