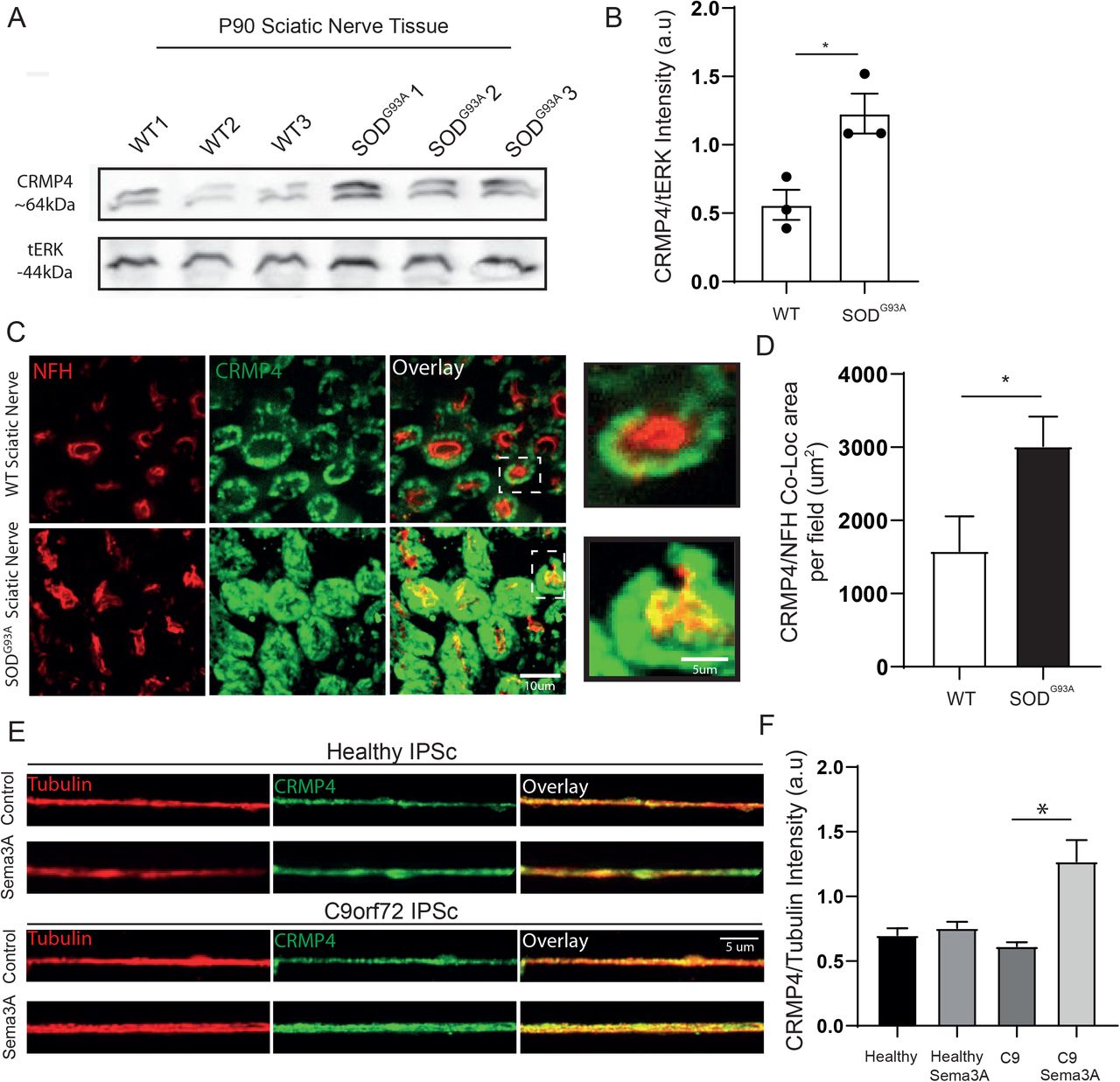 Figure Legend Snippet: Dynasore blocks internalization of the Sema3A binding receptor (A) Representative images of COS7 cells that were grown on glass dishes for 2DIV and then treated with FITC-PlexinA1 antibody with and without Dynasore. The Plexin A1-FITC antibody remained on the cell surface of cells that were treated with the dynamin-dependent endocytosis blocker compared with the untreated group. 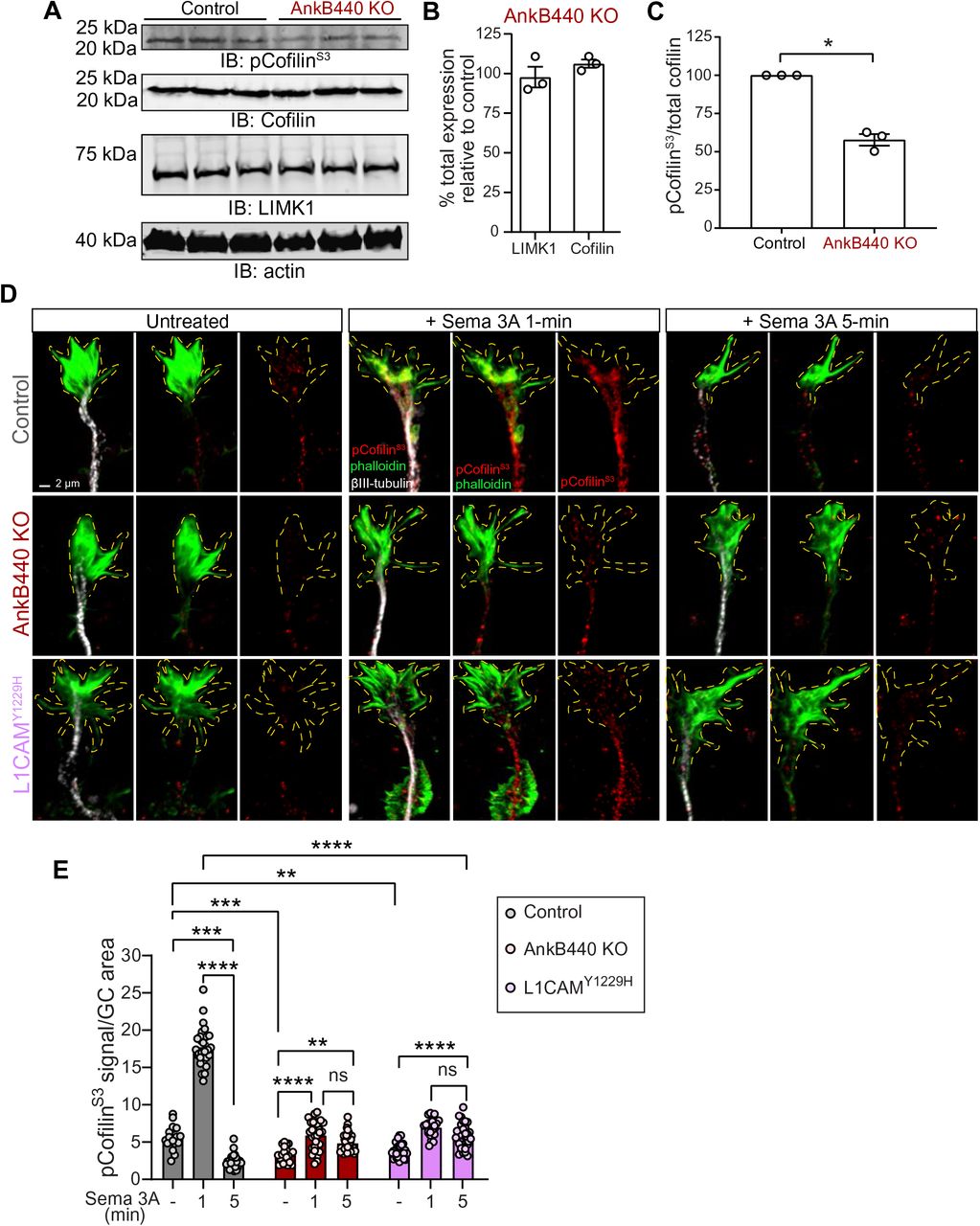 Figure Lengend Snippet: AnkB440 and its interaction with L1CAM are required for F-actin disassembly during GC collapse upon Sema 3A signaling. ( A ) (Western blot analysis of the expression of Cofilin, phospho-cofilin (Ser3) and LIMK1 in the cortex of PND1 control and AnkB440 KO mice. Actin is a loading control. ( B ) Quantification of total levels of cofilin and LIMK1 normalized to actin in cortical lysates from PND1 AnkB440 KO mice relative to their levels in control brains. ( C ) Quantification of levels of phosho-cofilin relative to total cofilin in cortical lysates from PND1 control and AnkB440 KO mice. Data in B and C represent mean ± SEM for three biological replicates per genotype. Unpaired t test. *p