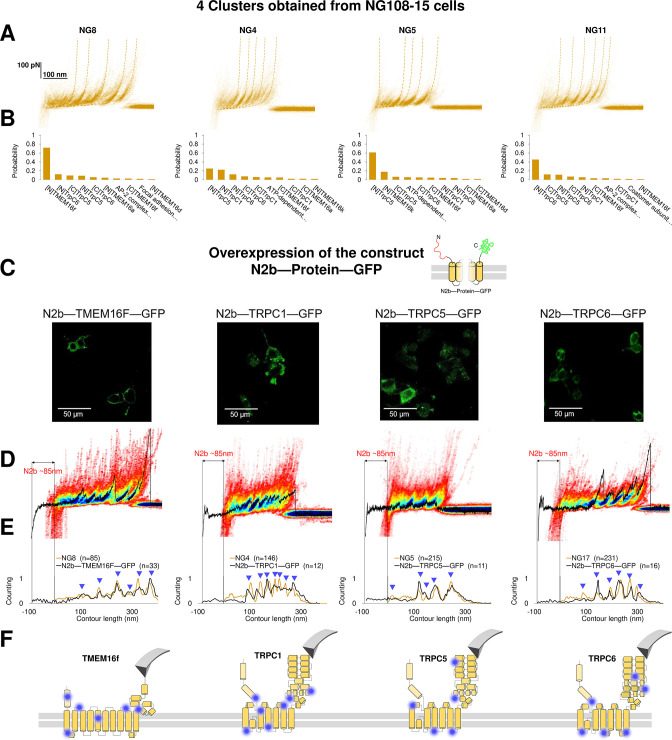 Article Title: Unfolding and identification of membrane proteins in situ

Figure Legend Snippet: ( A ) Four clusters found in the dataset of force-distance (F-D) traces pulled from NG108-15 cells wild type. ( B ) The Bayesian identification of the clusters in ( A ) with the candidate membrane proteins. ( C ) Confocal images of NG108-15 cells overexpressing the construct N2b-Protein-GFP, as reported by the green fluorescence emitted by GFP. ( D ) From left to right, color density plots (blue indicating a colocalization among F-D traces of more than 80%) of the clusters superimposed to an F-D curve bearing the N2B signature (85 nm segment with a flat force below 10 pN) obtained in the sample overexpressing the candidate protein TMEM16F, TRPC1, TRPC5, and TRPC6, respectively. ( E ) Global histogram of L c of the clusters in A and the clusters with the N2B signature from cells transfected with the corresponding construct. ( F ) Position of the most likely rupture regions of the proteins according to ( E ) superimposed to the cartoon of the cryo electron microscopy (cryo-EM) structure available in the PDB. 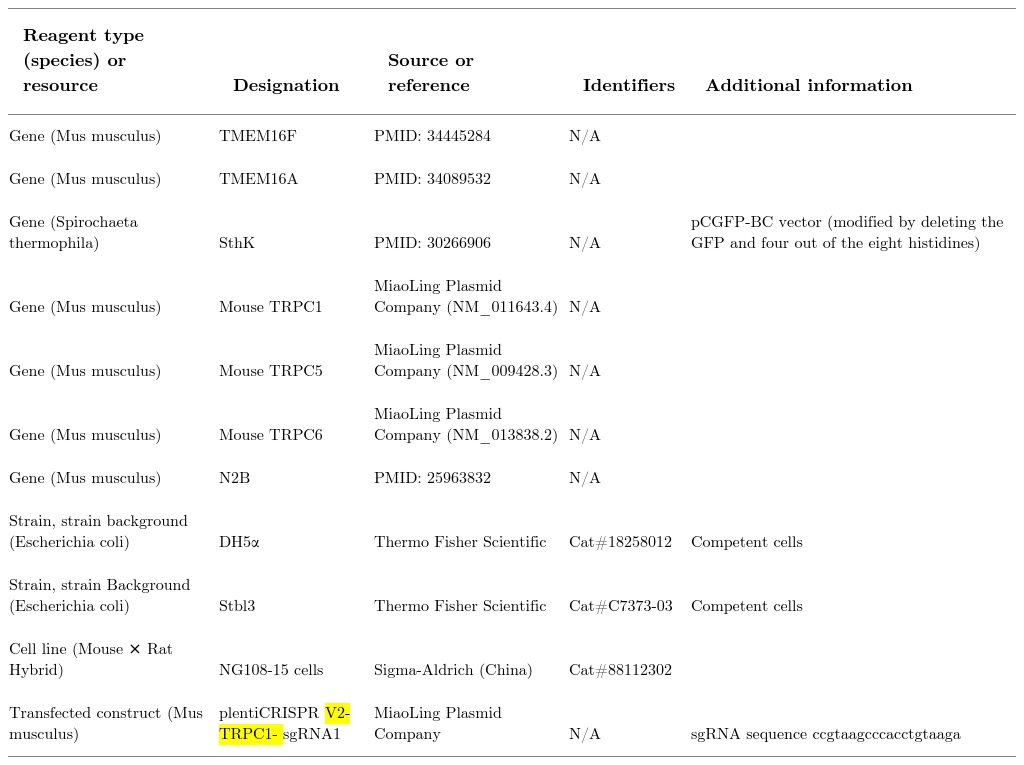