Article Snippet: The binding assay was performed 48 hours after adenoviral infection by the addition of various concentrations of either VEGF-A165 (R & D Systems) (positive control) or VEGF-A165 -HBD diluted in binding medium with or without 0.1% bovine serum albumin (BSA), followed by addition of 1 nM (). 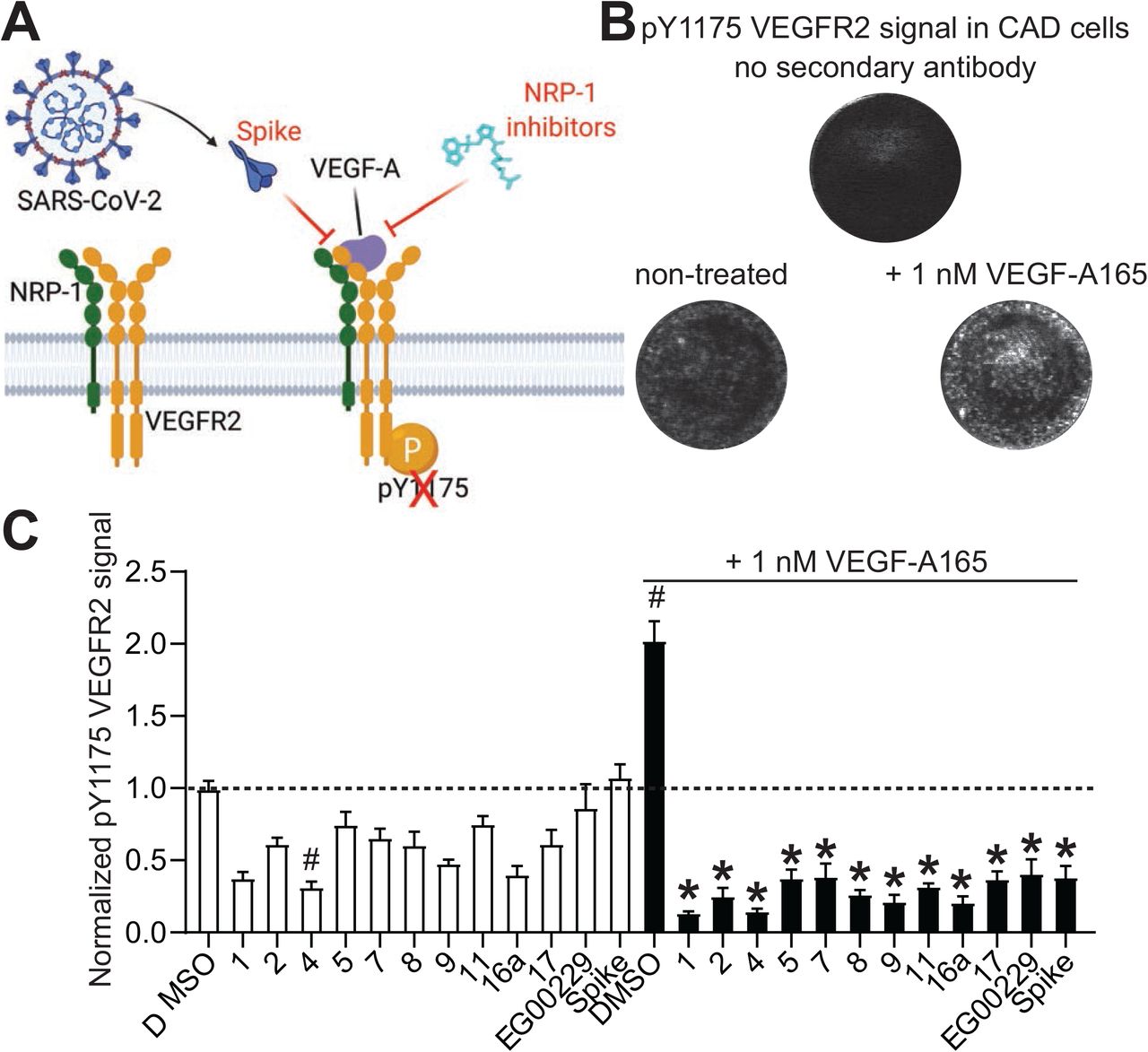 Article Title: In silico identification and validation of inhibitors of the interaction between neuropilin receptor 1 and SARS-CoV-2 Spike protein

Figure Lengend Snippet: Screening of NRP-1/VEGF-A165 inhibitors by in cell western. (A) schematic of VEGF-A triggered phosphorylation of VEGF-R2. Screening of NRP-1/VEGF-A165 inhibitors by in-cell Western. Cathecholamine A differentiated (CAD) cells were grown in 96 well plates. Cells were treated with the NRP-1/VEGF-A165 inhibitors at 12.5 µM or SARS-CoV-2 Spike (100 nM) in combination with 1nM VEGF-A165 as indicated. Cells were stained for pY1175 VEGFR2 as a marker of the activation of the pathway by VEGF-A165. (B) representative micrographs showing the lack of signal in controls with omission of the secondary antibody. Phosphorylated VEGFR2 was increased by the addition of 1 nM VEGF-A165 on the cells. (C) Bar graph showing the levels of pY1175 VEGFR2 normalized to the quantity of cells in each well. # p